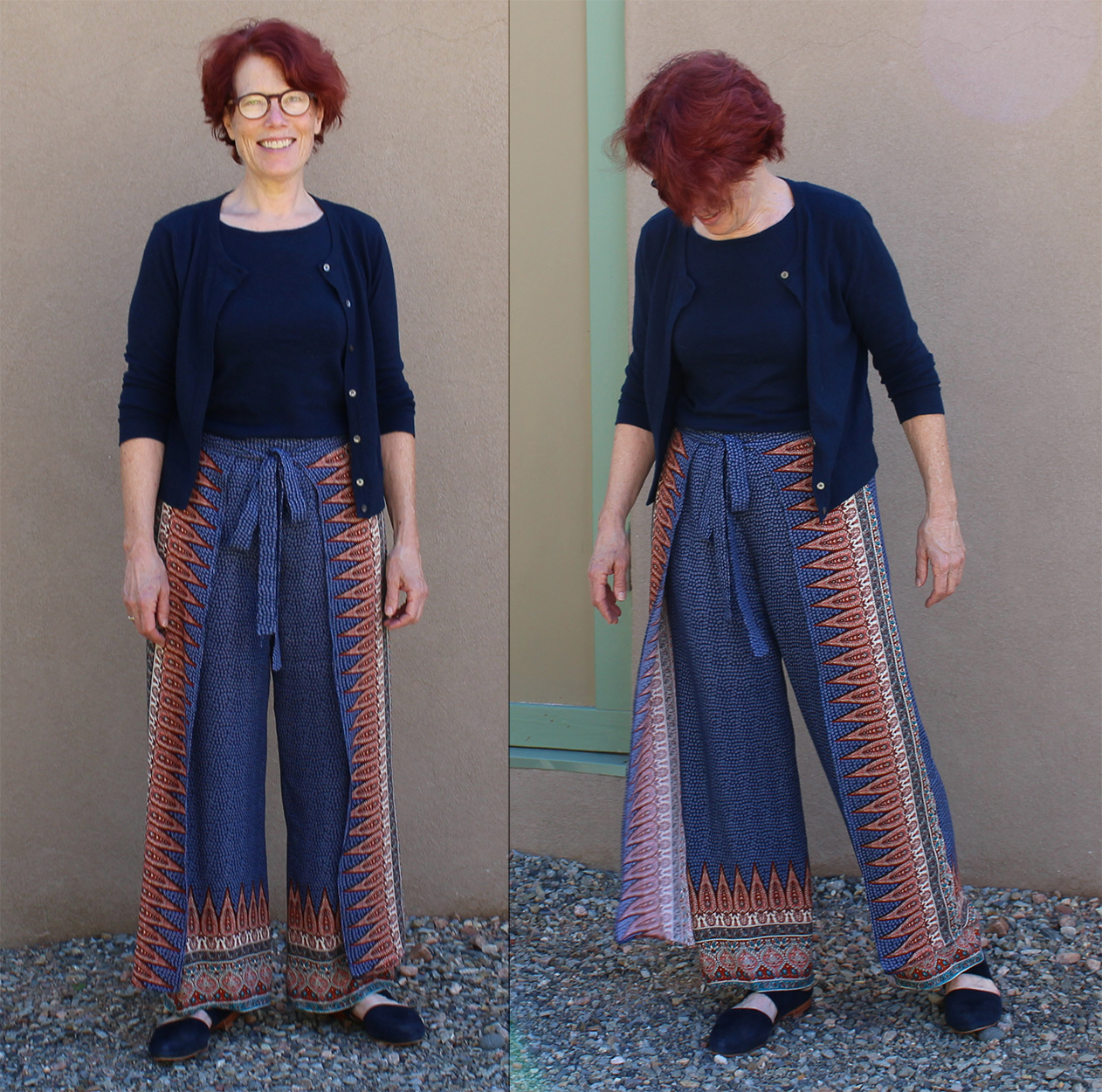 Since May I’ve been working on and off to find a fitted pants pattern that actually fits me. I think I’ve finally got the crotch curve and other adjustments figured out, and I wanted to see how my basic pattern could be applied to other patterns. After seeing Manju and Lori’s version of Simplicity 8134, I bought it as my first test. The wide legs would cover up some of my fitting issues — heavy thighs and extended calves — and I could practice transferring my fitting block to the Simplicity pattern. 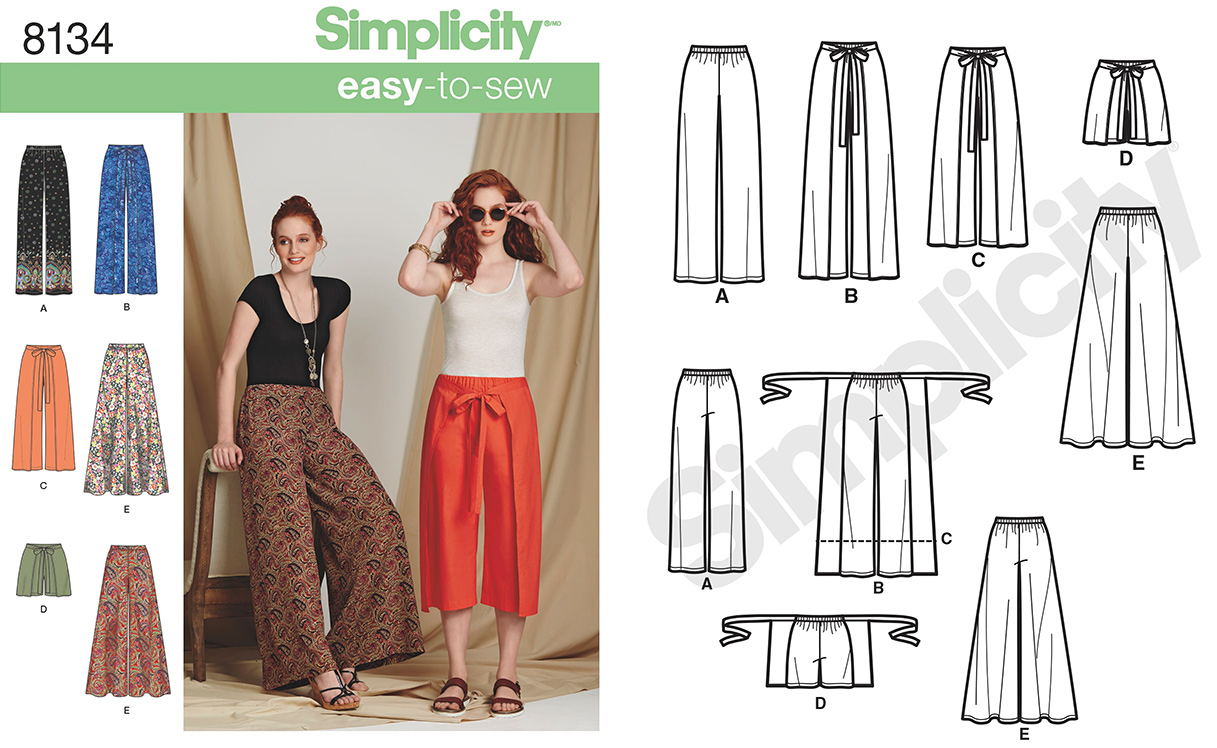 When I looked at the reviews on Pattern Review, I saw these in a border print, so I decided to give that a try. I found the perfect rayon challis from Sly Fox. 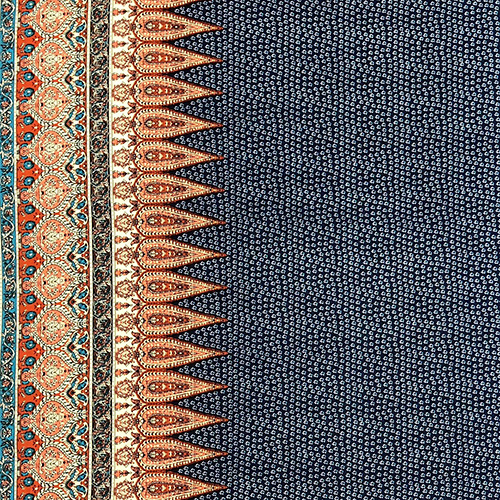 Keeping in mind that this was all an experiment for me, here a bit of detail about how I merged the 2 patterns. I started by laying the Simplicity on top of my pants pattern, lining up the waistline. The rise on the Simplicity pattern was higher than my pattern, so the crotch lines didn’t match. I adjusted the rise on the Simplicity pattern so now a line horizontal across the crotch was the same for both. From there I figured out the leg width. My pants pattern is based on Sarah Veblen’s Eureka pants, and the directions for that pattern emphasize keeping the width of the pants symmetrical around the middle of the leg — so same amount of fabric on both sides of a line running perpendicular to the middle of the bottom of the pants. Keeping that in mind, I drew the middle line from my pants pattern to the hem of the Simplicity, and used that line to figure out the new width. I tried to make the pants straight from about the knee down. Here’s a photo of the finished back pattern:

They were easy to sew up, the fit is really nice, and the fabric is soft and comfy. But as you can tell from the first picture in this post, I didn’t take into account that when I walk, the wrap flutters open and you see the wrong side of the fabric. I’m still debating whether that’s a big problem. I’ve worn the pants several times now, so maybe it really doesn’t bother me!

Here it is from all sides: 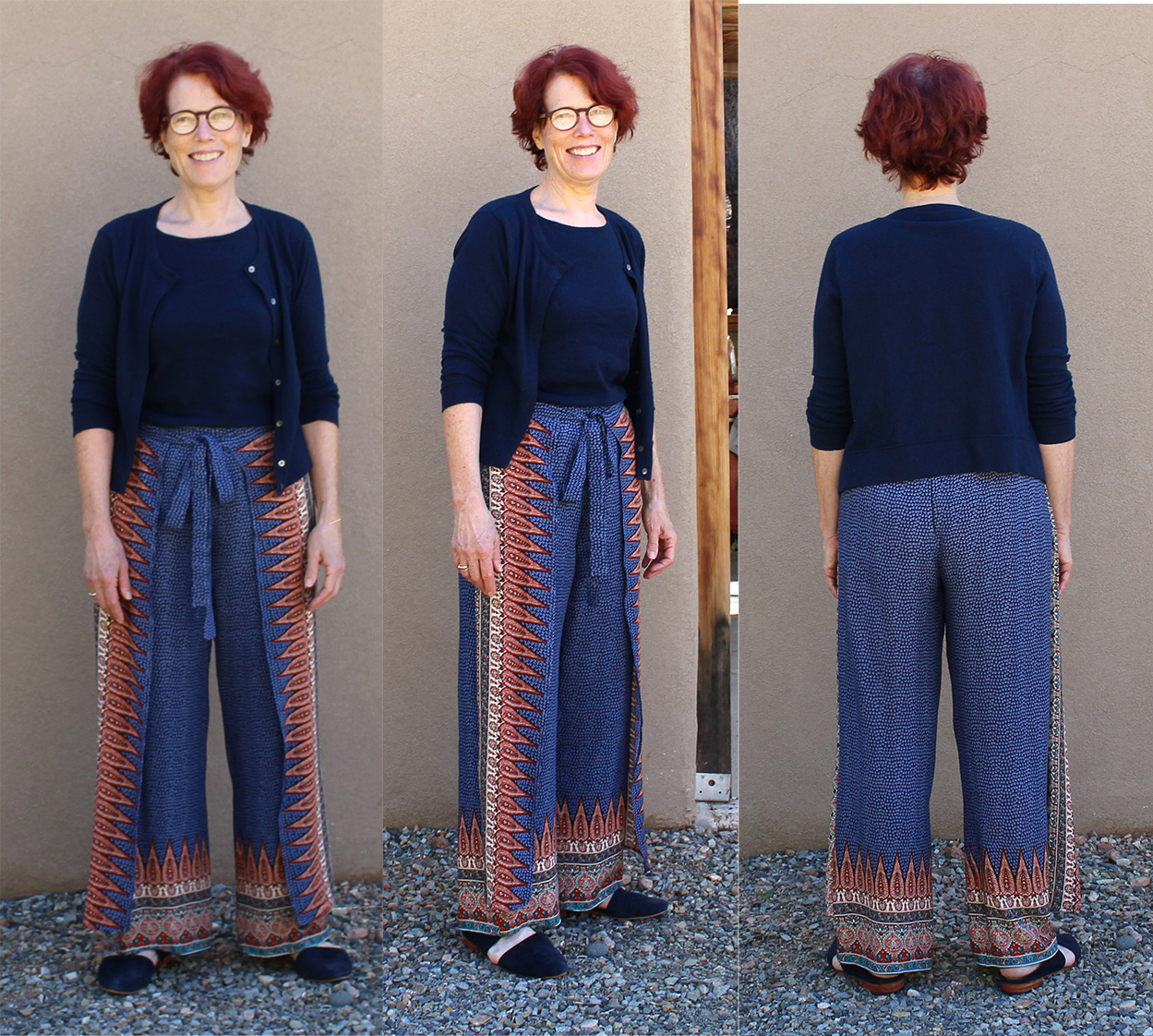